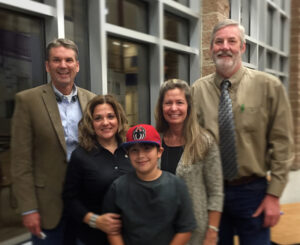 Last week, Diane and I joined with hundreds of others to hear KrisAnne Hall in Prineville, Oregon.

KrisAnne is an attorney and former prosecutor who travels the country teaching the Constitution and the history that gave us our founding documents. She spent all day (in three different meetings and settings) connecting a vast array of historical events and painting a poignant picture. Her presentation did a wonderful job of “connecting the dots.” She used history to powerfully stress the fact that ideas have consequences.

It reminded me of the famous saying, “Every good tree bears good fruit, but the bad tree bears bad fruit.” (Mt. 7:17) And so it is with ideas – good ideas produce good results and bad ideas, bad.

Today, more and more people are wondering about the limits of government because they are challenging the bad ideas that come from big government. This is good news. Our culture needs people who are willing to consider these things.

FDR and his “New Deal” brought the Socialist/Progressive ideas to Main Street America. He promoted a big, fatherly government watching over its citizens, regulating their economic affairs, protecting them from fear, want, and hunger while insuring their “general welfare.” During the Great Depression, these ideas sounded promising. However, across America today we see the destructive results of government overreach.

America was built on the solid foundation of constitutionally limited government, individual liberty, and free-market economies.

The prevailing sentiment today is overwhelmingly in support of regaining America’s traditional approach to self-governance, family, and freedom.

The small minority of people spouting today’s confused claims for socialistic betterment can only do so with other people’s resources and money. This is where the average person awakens. It always happens when you feel someone’s hands in your own pockets.

Yet, the minority keeps claiming it will be better if we would just let the controllers control us. I disagree. The evidence is in and the results stink.

KrisAnne gave one example that particularly hit home since I am on the campaign trail in Oregon’s 28th Senate District.  She quoted James Madison’s words,

“the State Legislatures will jealously and closely watch the operations of this Government, and be able to resist with more effect every assumption of power, than any other power on earth can do;”

It was Madison’s sincere belief that the State Legislatures were “to be sure guardians of the people’s liberty.”

Although quotes like this seem outmoded because they were made 230 years ago they are still relevant and directly applicable. 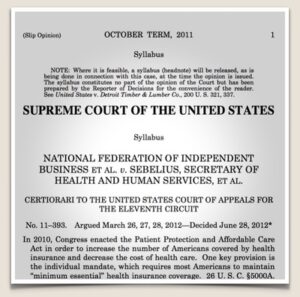 Take ObamaCare for example. We don’t need to put the House, Senate, and Presidency into the hands of Republicans to repeal it because we can void it at our state’s legislature.

The same goes for the recent attempts to destroy the clean energy hydroelectric facilities on the Klamath River. This issue does not rightfully belong to FERC, Senators Merkley, Wyden, Feinstein, or Boxer but rather it belongs to the people of Oregon and California.

Chief Justice John Roberts told us as much in his opinion for the first ObamaCare Supreme Court challenge – NFIB v. Sebelius. Justice Roberts made it clear and he firmly reiterated the idea that our state governments have the duty to defend the powers they retained under the U.S. Constitution.

Justice Roberts wrote, “In the typical case we look to the States to defend their prerogatives by adopting ‘the simple expedient of not yielding’ to federal blandishments when they do not want to embrace the federal policies as their own.”

Justice Roberts then added, “The States are separate and independent sovereigns. Sometimes they have to act like it.”

As your next State Senator, I will be proud to defend Oregon’s prerogatives, while jealously and closely watching for, and resisting, every assumption of power by any agency or body that has not been delegated that authority under our US Constitution.

Oregon has a way to go, but we will prevail!

“If once [the people] become inattentive to the public affairs, you and I, and Congress, and Assemblies, judges, and governors shall all become wolves.”
– Thomas Jefferson