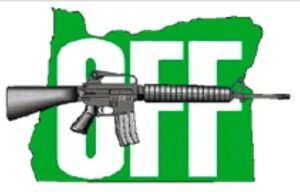 OFF-PAC is the political action committee of the Oregon Firearms Federation (OFF), an organization that works tirelessly to educate the public and elect men and women who believe in the public’s God-given rights to self-protection.

Oregon Firearms Federation and Mr. Linthicum have a long-standing relationship and Linthicum has spoken many times on self-defense issues and the Constitutional values that support self-defense protections for the most vulnerable.

The Oregon Firearms Federation (OFF) is Oregon’s only no-compromise gun rights organization diligently protecting gun owners’ rights in Oregon and the United States.

In response, Mr. Linthicum said, “I am extremely pleased to be associated with Oregon Firearms Federation and I am happy to receive their endorsement. OFF is always first on-the-scene when gun-owner issues arise in the Oregon legislature and they are continually providing valuable educational resources to all Oregonians.”

For more information about Dennis Linthicum and his candidacy, visit: